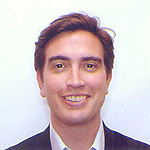 Ori Winitzer, Founder and Chair of the Board, was born in Israel, has lived in Europe and currently resides in New York City. His international background, coupled with his past athletic experience, provided the idea that became Soccer for Peace. Professionally, Ori comes from a media background and currently works as an investment banker covering the media and technology sector. He speaks four languages, has written three screenplays and graduated with distinction from both the University of Wisconsin-Madison and Columbia Business School. 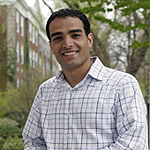 Forsan Hussein, Board Member, was born in the Israeli-Arab village of Sha’ab, in the Galilee, where his family has lived for 13 generations. A recipient of the Slivka Coexistence Scholarship, Forsan came to the United States to study at Brandeis University in 1996. His venerable work in the area of peace and coexistence continued well beyond college, as Communications Associate for the Abraham Fund. Forsan graduated from the School of Advanced International Studies (SAIS) of Johns Hopkins University in 2005, and earned his MBA from Harvard Business School in 2007. He currently lives and works in Los Angeles. 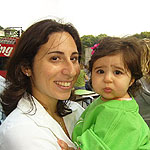 Julie Kopel, Board Member, graduated from Washington University in St. Louis having also studied at Israel’s Hebrew University during her junior year. In mixing with Israeli and Arab students, Julie’s interest in creating programs promoting mutual understanding was sparked. Julie earned her J.D. from Fordham University School of Law in 2004 and subsequently worked as a corporate attorney for the law firm of Moses & Singer LLP in New York. 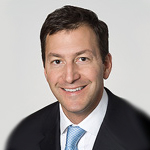 Chris Boehning, Board Member, is a partner in the Litigation Department of Paul, Weiss, Rifkind, Wharton & Garrison LLP. Chris received both his M.S. in Public Policy Analysis and his B.A. in Political Science from the University of Rochester, and his J.D.from Washington University School of Law. Chris is a life-long soccer player and fan and remains active today in the game as a player and youth coach. 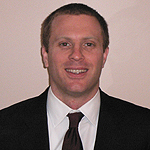 Zach Viders, Board Member, is a Vice President for Kohlberg and Company. Zach received his A.B degree from Harvard, where he was also a standout player on the varsity soccer team. After spending four years with the Blackstone Group, Zach returned to Columbia Business School where he met Ori on the first day of class, and not infrequently ducked out early to catch the Champions League. Zach lives in Manhattan with his wife and daughter 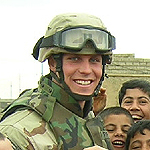 Alex Fyfe, is a 2000 graduate of West Point who served in the Army for five years in Fort Lewis, WA. He also spent a year in Iraq where he worked as a Civil Affairs Officer in charge of rebuilding infrastructure in the northern city of Mosul. Using soccer as a way to bridge cultural gaps in Iraq, Alex organized a soccer equipment fundraiser and raised over $25,000 worth of soccer equipment for Iraqi children. Alex holds an MBA from Georgetown University and currently lives and works in New York City. 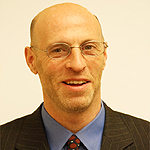 Edward Harris, was born in Brooklyn and currently resides in New York City. Involved in athletics his entire life, particularly soccer, Ed is keenly aware of how team sports and athletic competition can be an excellent venue for bridging barriers, opening dialogues and promoting friendships. A graduate of the Columbia University School of Engineering and Allegheny College, he earned his MBA in Real Estate Finance from Columbia University Graduate Business School in 1986. He currently holds various professional positions including Vice President of Commercial Tenant Services, a sole focus commercial lease audit firm, and as President of Austin Hanover, a commercial investment, leasing and property management firm. 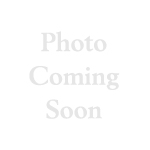